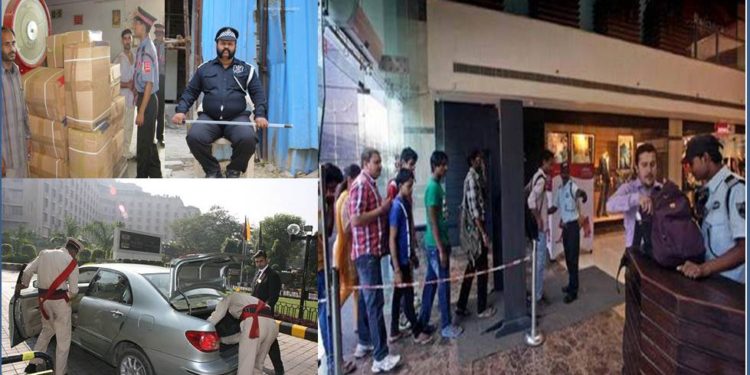 Feeling safe and being safe are two different things. You could feel very safe, while still in danger. And you could be very safe, while actually being in danger. Amsterdam, my former hometown, has recently been rewarded “the safest city in Europe”. The very extensive research conducted has been based on outcomes of various earlier researches. I’m very proud with this reward, despite the fact that Amsterdam is known for its red-light district and tolerance towards soft drugs. Having many other controversial policies it still managed to reach the top position. Well done, Amsterdam!

The awesome achievement is party based on good luck. Yes, the city government has been doing lots of things to increase the city’s safety. However, a lot of the ‘work’ has been done by the population and its visitors. There are multiple factors which have contributed to the very positive result. A fall in crime in almost every annual report since the 90’s has been a result of this. And here’s something really funny: there are still a lot of people complaining about the crimes and ‘unsafe’ city. Thus, it’s all about the individual perception!

In India, security is a serious thing. You will see security guards almost everywhere and security procedures at airports, in official buildings and at places with big crowds – The Taj Mahal, The Gateway of India, large hotels, and malls – are always stressful places to visit. Do you want to buy a pair of jeans at your local mall? If so, your bag will be x-rayed and in worse cases they would even ask you to empty your pockets. Being in India for more than a year now and having observed a lot of security, I now want to state something very bold: A lot of security procedures have been implemented to give us a safe feeling, not to necessary create a safer place. You could even say that the approach often is a ‘safety and procedural theater’. I will explain. It’s my assumption that the very kind and loving security guards are not trained to be successful in their work. Thus, they are not trained to create a safer mall, nor are they trained to make the Taj Mahal a safer haven for the wandering tourist. No “the security guards are there to execute the procedures that were designed by people who work in offices and have almost never set a foot in this areas. The ability to think, to anticipate, to help and to solve problems; that has not been written in their job description, with ‘executing officers’ as a result. They only focus on following the procedures, not bringing real safety to people.

Let me give you some examples. Buying fireworks for Diwali is a big thing in India. I was surprised to see many temporary outlets selling all kinds of fireworks. In and around Pune I observed a lot of open fields that were temporarily transformed into fireworks stalls. Despite the existence of special guards, the whole thing seemed very dangerous. The actual outlets were placed very close to each other, only bordered by a very narrow open lane. Above all: the actual storage of the fireworks was very ‘open’. When the shit does hit the fan, things could go horribly wrong. We were able to purchase a trunk full firework that would be illegal in any western country. This was enough to cause a lot of damage. After purchasing our fireworks, we were a bit hungry and drove to a nearby 5-star hotel for a western-style lunch. When we entered, something funny happened. The traditional car-inspection and luggage check-up at Indian 5-star hotels is not unique in the world. Whether you like it or not, it emphasizes the exclusive elements of the ‘fabricated luxury’. It feels as if you enter another world. However, the guards at the security gate didn’t say anything about our trunk full of explosives, no questions asked!

It was also during Diwali that I wanted to ship a package from Pune to Hyderabad. Wanting to deliver 200 Diwali-lights in only a few days, I approached a courier company to research the possibilities of shipping this by air. He came to my house and took the package with him for delivery. Unfortunately, he called me within a few hours to inform me that air-shipping was not possible. They had found out that there were little candles inside the lights and it’s ‘forbidden to ship candles by air’. I was a bit angry about this, because the guy should have come to my house to inspect the actual delivery prior to the actual pick-up. He didn’t. He only showed up to pick up the actual delivery, so there was no time anymore for a plan B. A few days later I took off myself for a business trip to Hyderabad and decided to carry the 30 boxes of Diwali-lights with a candle. And guess what happened at the security? Nothing happened; it was ok for me to take the flight. One last experience. I went outside for an early morning run during one of my stays in a well-known 5-star hotel. When I came back to the hotel, there was nobody at the door. So no security checks at all!

Let me be very clear: there is nothing wrong with the ‘theatrics. It’s a major achievement if people in malls feel safer! And having all those guards in place will definitely have an effect on potential criminals or terrorists, they will hopefully think twice before they act. My point is this: things could be improved if security guards got more responsibilities. Therefore, you need more education and better management. But it all starts with a fresh new mindset towards this topic. In India, security jobs are seen as the ‘lowest of the lowest’ jobs. If you haven’t finished your school, there is always the possibility to become a security officer. That’s wrong and needs to be repositioned. The job needs an upgrade, with better education, better people and better PR!

And one other thing: as a foreigner, I’m not treated equally by security officers. In fact, I often feel prioritized! And here’s my point: they treat me better than Indian Nationals. When I want to enter a new fancy society in my car? No questions asked, while my Indian friends are always questioned very heavily. I cannot describe it, but it feels as if the guards don’t dare to question me. They look up towards foreigners; at least that’s my experience.